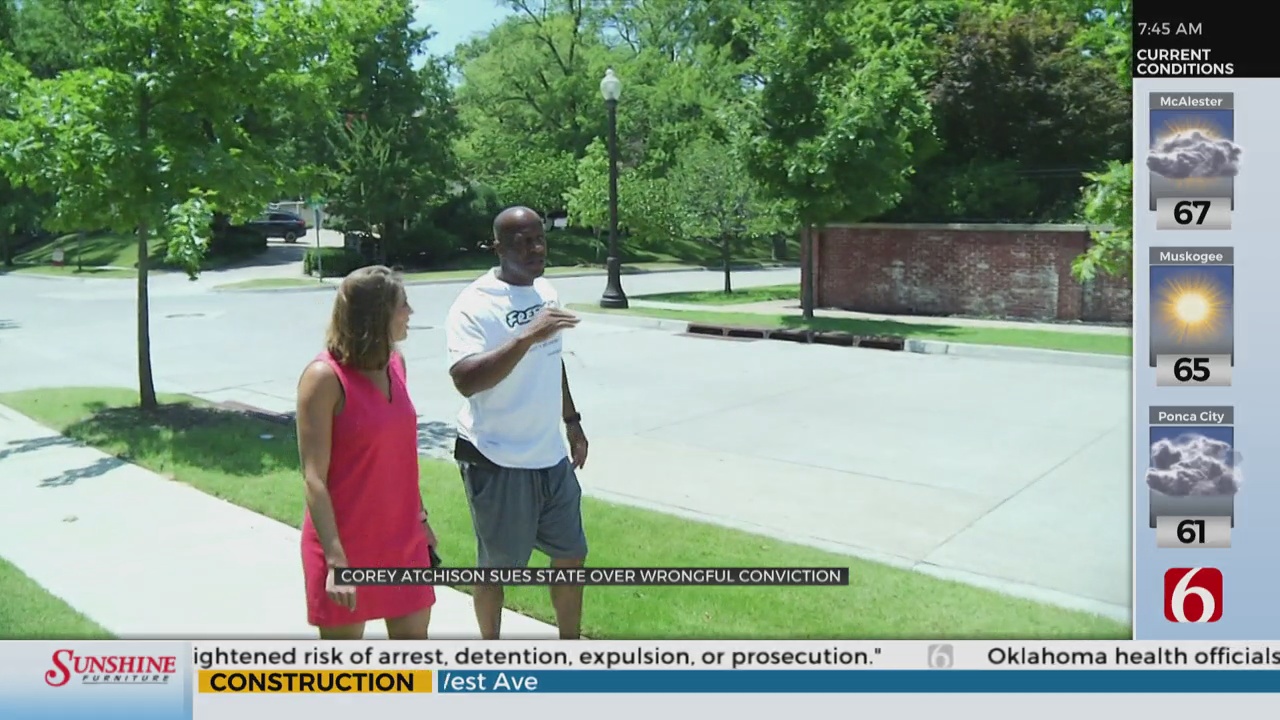 A Tulsa man who served nearly 30 years in prison for a murder he didn't commit is now suing the state over his wrongful conviction.

Corey Atchison was released in July of last year after several witnesses said he wasn't responsible for a 1990 murder and a judge ruled Atchison innocent of the crime.

Atchison's lawsuit says police and prosecutors at the time, coerced witnesses into naming Atchison as the suspect, even though those witnesses later recanted their stories.

The state's maximum pay-out for a wrongful conviction is $175 thousand.