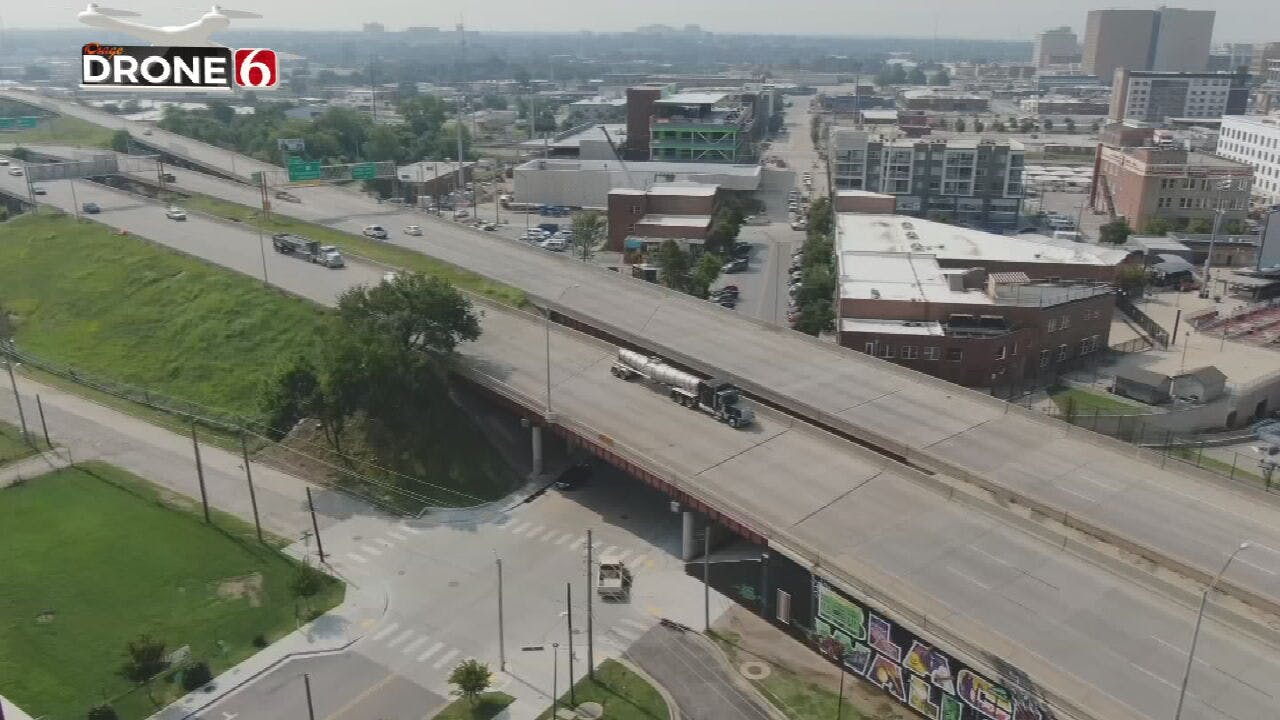 A local group is hoping to find a solution to bring people to the Greenwood District rather than by-passing it on the highway.

This is just a discussion right now, but the Transform Tulsa Alliance wants to imagine what the Greenwood District could be like if I-244 wasn't there.

"This was all businesses all the way down and even for two or three more blocks down Greenwood," said Cody Brandt.

Brandt grew up in Tulsa and left to pursue an education studying real estate and urban design nationwide.

In his research, he says he specifically started focusing on "red-lining" and how it impacts minority neighborhoods, like the Greenwood District.

Brandt says the group TYPROS started talking with Representative Regina Goodwin, whose district includes Greenwood and imagining what Greenwood would be like if I-244 wasn't there.

He says removing it or changing the north leg of the Inner Dispersal Loop, or I-D-L, into a road that would go through Tulsa instead of around it, could bring the area back to life.

"Just in this area you could rebuild several thousand square feet of new development," said Brandt.

"Taking an expressway so that people can bypass your community sends a message,” said Goodwin. “It's always been a sore spot in communities that want to grow and thrive.”

Goodwin says Cody and his team have been researching highway removal projects that have been done in other cities, like Rochester, to help minority communities.

She requested an interim study to explore the possibilities.

"I know there are so many folks that would welcome the rebirth and the rebuilding of the Greenwood community," said Goodwin.

Even though it's a discussion at the local and state levels, the potential project could be paid for by federal dollars.

The proposed Federal Infrastructure Act has money set aside to help minority neighborhoods impacted by large highway projects like the I-D-L.

Brandt says if Tulsa doesn’t ask for funding, it will go to another city.

"This is unique, they've never really offered funding for projects like this so if we don't act as a community, some other community is going to get it,” said Brandt. “This isn't going to raise taxes to pay for the project, it is a use it or lose out on it type of situation and there are a lot of other cities who want that money too.”

The group really wants to stress that doing this project will not take money away from any other services or areas, instead, there's federal money set aside if the city and state would decide this is something they're interested in pursuing.

However, it could bring money back into the community if more businesses were created with the space that would be regained.

Again, this potential project is still in the discussion stages and the Federal Infrastructure Act hasn't been approved yet.

Congress for the New Urbanism has also been looking into Freeways Without Futures and did some research on I-244 and the IDL:

Here’s a look at some of the completed projects:

as well as some information on the proposed infrastructure bill: