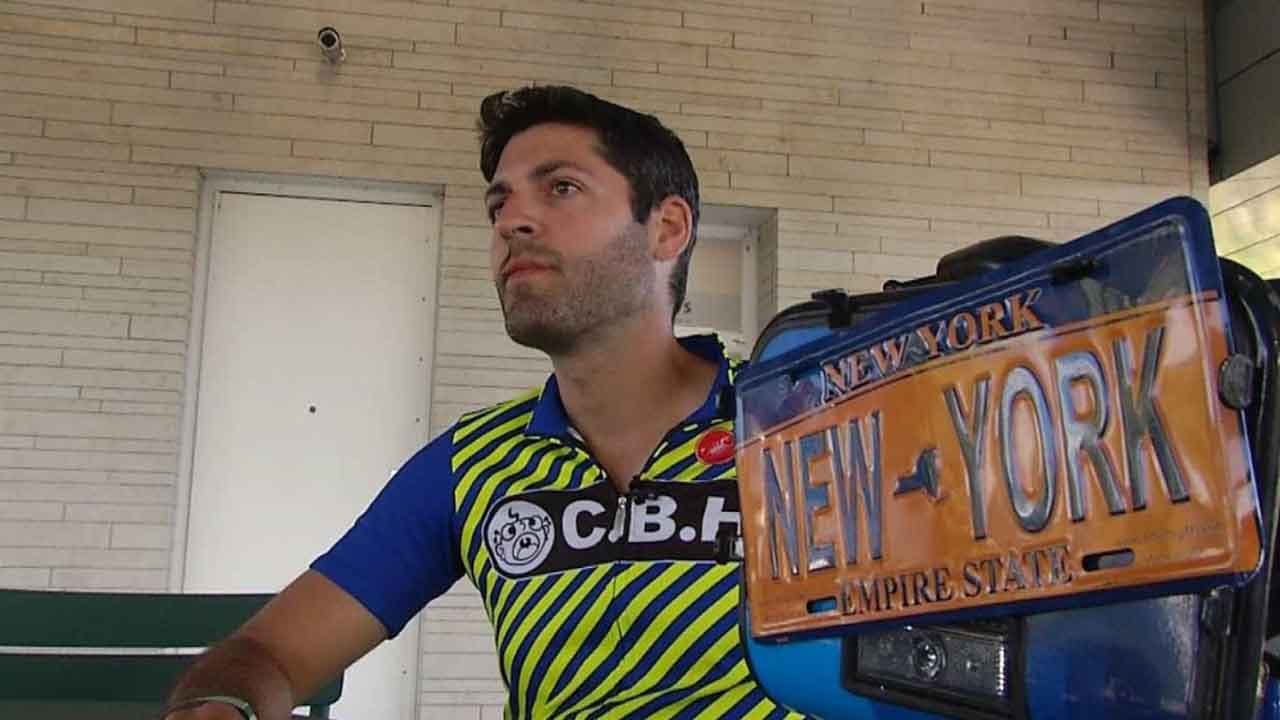 In 2015, New York native Jeffrey Tanenhaus was not happy with his work-life balance.

"I was living in Brooklyn and working in Times Square for a corporate event company and I was pretty miserable," said Tanenhaus,

Every day, he would rent a bicycle called a Citi bike, and take the long ride to Manhattan.

"Eventually realized that the best part of my job was the bike commute," he said.

One day that summer, Tanenhaus decided he had had enough. Instead of returning the Citi bike, he kept it and rode west. Like the Forrest Gump of bicyclists.

"It was a pretty nerve-racking journey because I wasn't supposed to leave with this equipment,” said Tanenhaus. “But I was determined to find my American dream and just see what else was outside of New York City."

For the next several months, Tanenhaus rode west from city to city, meeting strangers, crashing on couches, and experiencing America.

His journey took him through Tulsa and all the way to California.

"Eventually I flew back to New York and then thought about where I would want to move afterward," he said.

After mulling it over, his mind kept coming back to Tulsa, and well the rest is history.

Now, a full-time Tulsa resident, Tanenhaus is embarking on a new adventure - he's a published author.

“Along the way, while I was bicycling I was blogging and eventually the stories started piling up," said Tenanhaus.

And those stories led to his first book, "West of Wheeling: How I Quit My Job, Broke the Law, And Biked to a Better Life."

"I think it’s an inspirational journey for people who are looking for a little motivation or just want to read about an America they haven't heard about," said Tanenhaus.

The book was released this week, and Tanenhaus hopes those who read it realize, you don't have to bike across America to change your life if you're unhappy but you do have the power to do it.

"I took life by the handlebars," he said.

The book is available on Amazon https://www.amazon.com/dp/B098S994RS/

It’s also available at his tour business near 5th and Boston.