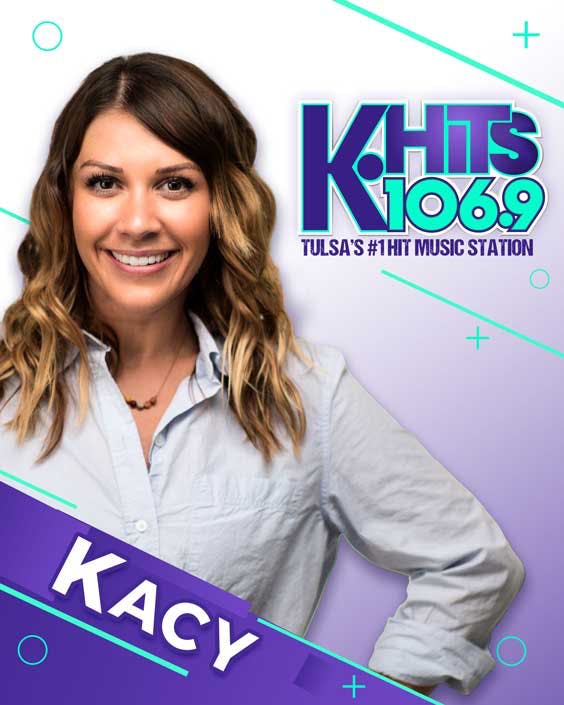 106.9 KHITS welcomes Kacy Termini to the Griffin Communications Team! She is originally from Yellville, Arkansas (a real place) the home of the Turkey Trot. Before moving to Tulsa, Oklahoma she spent 10 years in Fayetteville, Arkansas.

Get to Know Kacy!

Kacy enjoys the outdoors, traveling and spending time with family and friends. She is a HUGE Chiefs fan and loves watching College Football as her Razorbacks go head to head with, her husbands, OSU Cowboys. In her spare time, you’ll find her curled up with her 3 dogs, relaxing with a cold beer, a plate of delicious Mexican food and enthralled in some good reality TV. She believes that there’s nothing better than a sense of humor and absolutely loves Adam Sandler - he is her #1. If you catch her daydreaming, she is most likely wishing someone would teach her to ride a bike.

When Kacy began in Radio she was working closely with advertisers building lasting partnerships. After a few years she ventured over to the programing side and continued supporting local businesses and the community from On-Air. She is very excited to join Griffin. “It’s a privilege to be in a position to make a difference in our communities. I was thrilled to join a company who not only feels the same way but backs it up too. I love that community involvement is a priority at Griffin.”

Listen to The Chubbs and Kacy Show mornings on 106.9 KHITS!