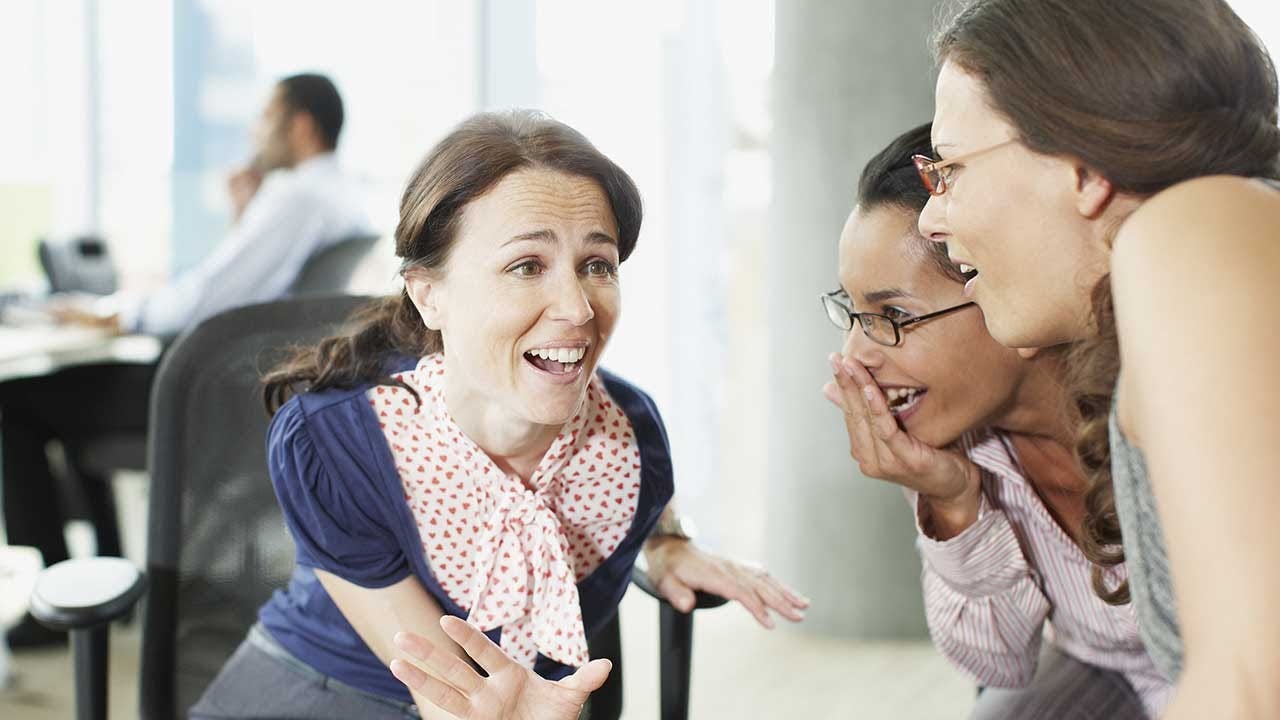 Despite gossip’s dodgy reputation, a surprisingly small share of it—as little as 3 to 4 percent—is actually malicious.  And even that portion can bring people together.

Researchers (at the University of Texas and the University of Oklahoma) found that if two people share negative feelings about a third person, they are likely to feel closer to each other than they would if they both felt positively about him or her.

Gossip may even make us better people. A team of Dutch researchers reported that hearing gossip about others made research subjects more reflective; positive gossip inspired self-improvement efforts, and negative gossip made people prouder of themselves.

In another study, the worse participants felt upon hearing a piece of negative gossip, the more likely they were to say they had learned a lesson from it.  Negative gossip can also have a prosocial effect on those who are gossiped about. Researchers (at Stanford and UC Berkeley) found that once people were ostracized from a group due to reputed selfishness, they reformed their ways in an attempt to regain the approval of the people they had alienated.

By far the most positive assessment of gossip, though, comes courtesy of the anthropologist and evolutionary psychologist Robin Dunbar. Once upon a time, our primate ancestors bonded through grooming, their mutual back--scratching ensuring mutual self-defense in the event of attack by predators.But as primates grew more intelligent and more social, their groups became too large to unite by grooming alone. That’s where language—and gossip, broadly defined—stepped in.  Idle chatter with and about others gave early humans a sense of shared identity and helped them grow more aware of their environment.