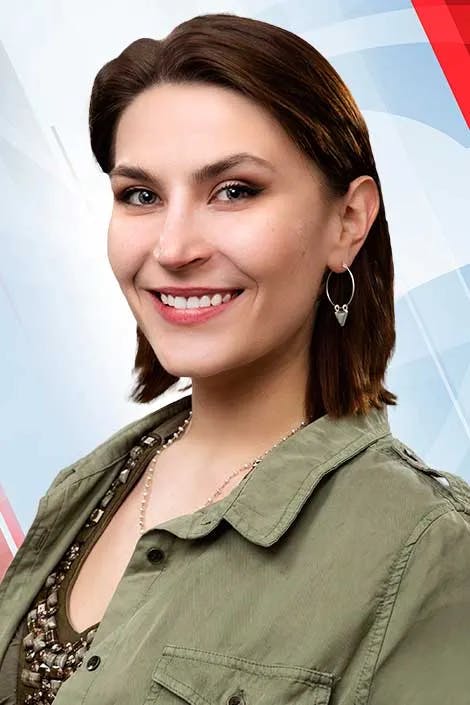 Nikki was born and raised in the suburbs of North Minneapolis, Minnesota. She's the youngest of four girls, but she's actually the tallest of her siblings coming in at 5'8". She's lived in Oklahoma for 4 years and has previously lived in Indiana and Iowa.

Nikki's been involved in the magical world of radio for 9 years and it's what brought her to Oklahoma. She has an awesome boyfriend named Steven (she met him here in Tulsa at the BOK Center!) and he has three wonderful little boys. Nikki has an 9-year-old Chow Chow named Kato and her boyfriend's doggy, Trixie, is a mystery mix! Nikki loves to eat, especially anything BBQ! In her free time, Nikki loves creating abstract art, creating DIY projects and spending time with friends and family. She also loves the music scene that Tulsa has to offer. Although she’s miles away from where she grew up, she now calls Oklahoma home.