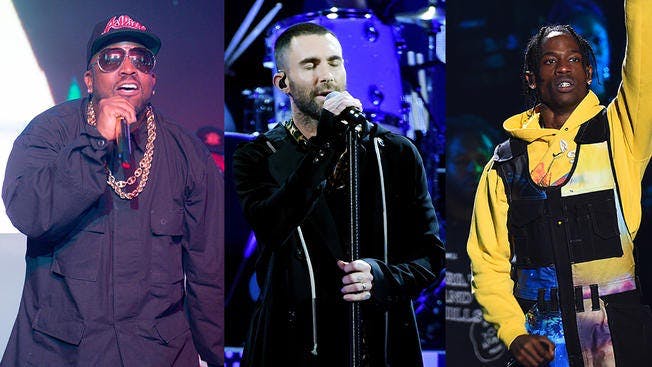 It seems like for a year we knew Maroon 5 will be the main act for the Halftime Show... But for the longest time it's been a mystery on who'd join them on stage.

Well, it's been confirmed that performing alongside Maroon 5 will be Travis Scott and Rapper Big Boi (From Outkast).

An interesting mix to say the least.

Maroon 5 front-man, Adam Levine says that there's still a lot of decisions to be made regarding set-list and artistic direction of the show itself but I for one am excited to see how all three artists work together on the stage!