Proud father Dr. Dre brags after daughter gets into USC ‘on her own’ 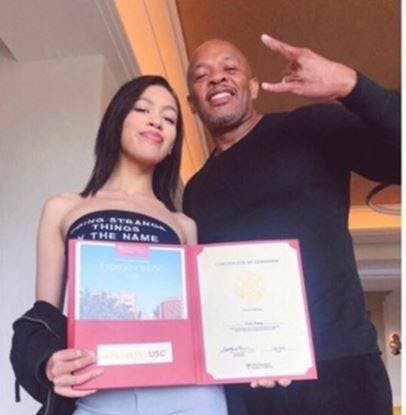 Music legend Dr. Dre announced on social media that his daughter got accepted into the University of Southern California. The proud dad posted a picture of himself alongside his daughter, Truly Young, who was holding her acceptance letter, which has since been deleted.